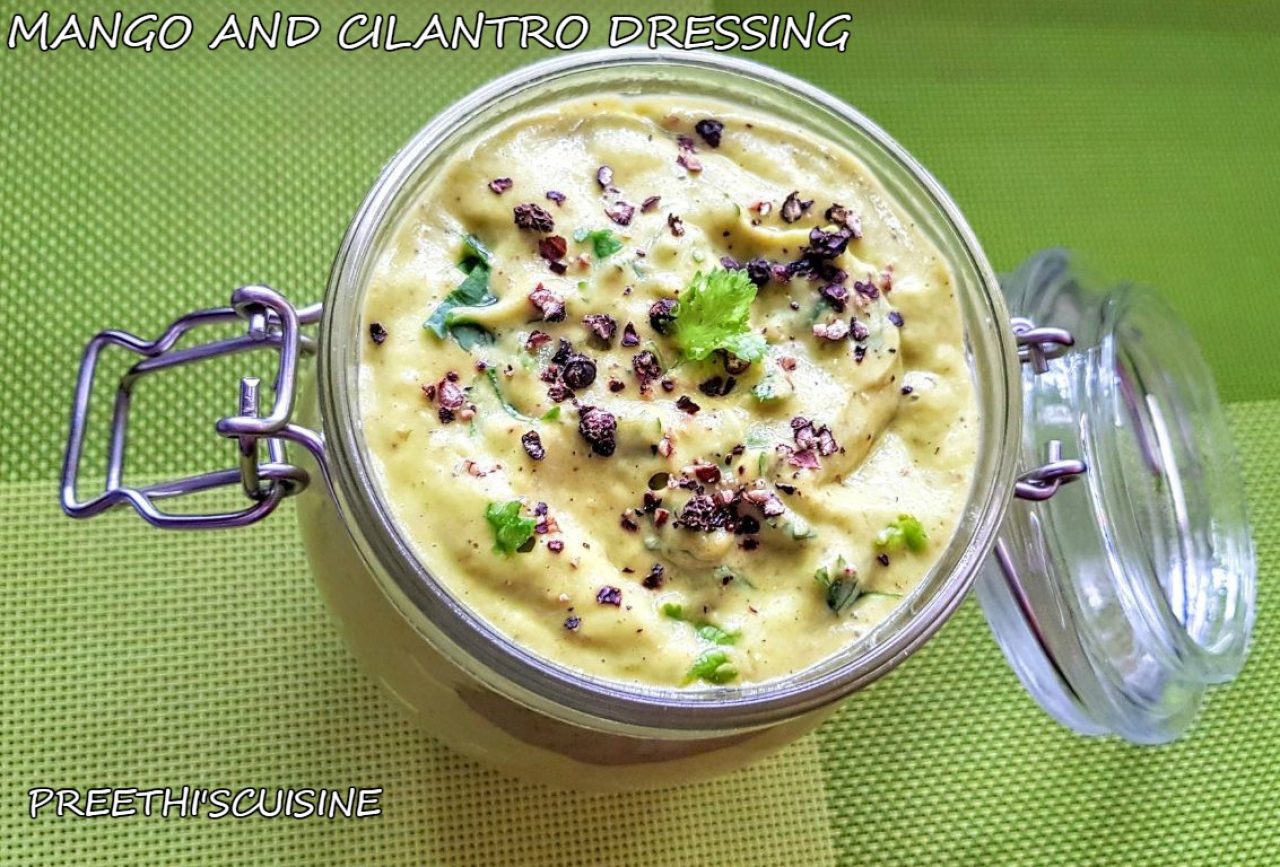 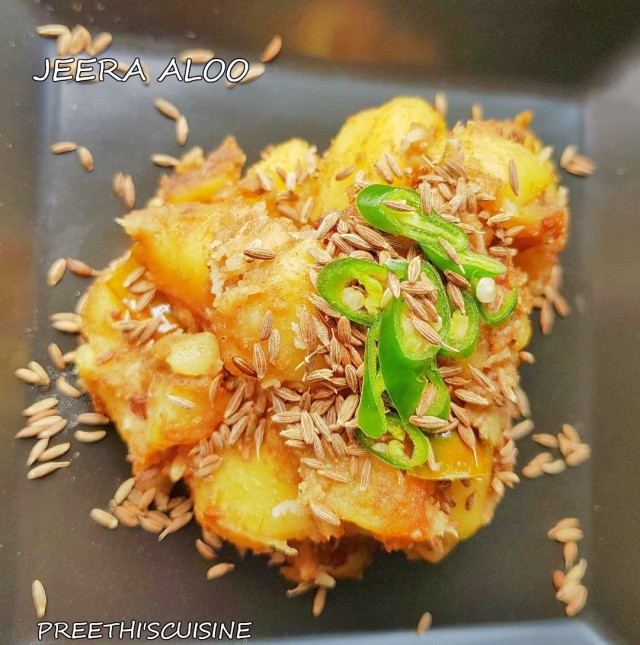 Hope you are all having a great time !!!!!!!!!!!!!Today i will be sharing a recipe that is perfect for Shravan Somvar . The month of Shravan is also known as Sawan month in North Indian states and is dedicated to Lord Shiva. All Mondays or Somwar(s) which fall during Shravan month are considered highly auspicious for fasting and known as Shravan Somwar or Sawan Somwar Vrats. Many devotees observe sixteen Mondays or Solah Somwar fasting from first Somwar of Sawan month. People fast according to their belief and  traditions in the family.

We don’t follow this tradition in my family .I have got to learn a lot of different traditions that is followed in many parts of India.

Rock Salt as per taste

Boil and peel the potatoes and cut them into cubes. Heat ghee in a wide bottom pan. Add 1 tsp of jeera and chopped green chilli. Once done add the cubed potatoes and roast them untill they turn golden  brown.Now add jeera powder and salt. Keep it on medium flame for about 8 mins. Lastly add grated coconut and mix well.

Switch off the flame. Garnish with roasted jeera and green chilli and serve hot!!!!!!!!!!

Roasted Jeera adds a nice aroma and taste to this Jeera aloo. 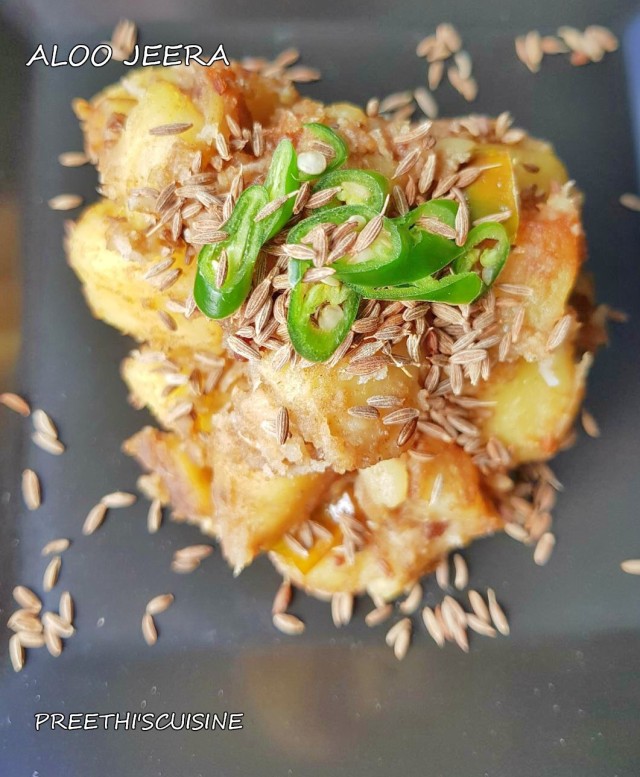 Kadhi is made in many ways.I love to have it with steaming hot rice.Today i am sharing a recipe that is perfect to make during Navratri.

Navratri is an important festival celebrated all over Indiain different ways.Nine forms of Goddess Durga are worshipped for nine days. In North India, all three Navaratris are celebrated with much fervor by fasting on all nine days. Devotees avoid meat, alcoholic drinks, grains, wheat and onion during this fast. Grains are usually avoided since it is believed that during the period of Navaratri and seasonal change, grains attract and absorb a lot of negative energy from the surrounding and therefore there is a need to avoid eating anything which are produced from grains for  purification .Navaratri is also a period of introspection and purification.May Goddess Durga bless us all!!!!

For our 61st #Foodiemonday #Bloghop theme #NavratriRecipes my contribution is Aloo aur Mungfalli ki Vrat Wali Kadhi. You can enjoy this yummy Kadhi during any festive period.

Take a heavy bottom Pan. Add a tsp of oil. Add jeera, coarsely ground pepper and green chillies.Add 1/2 tsp ginger paste. Saute for 2 seconds. Add the peeled baby potatoes and roast on medium flame till they turn golden brown. Add half of the chopped coriander and coarsely ground peants and roast till the potatoes are nicely coated with the peanut mixture. Once done switch off the flame and keep it aside.

Take a deep dish. Add flour and pour the thick curd and butter milk and mix well to get a lump free mixture. The mixture should be runny as it gets thick later.Take a pan and a tsp of oil.Add the balance ginger paste, chilli coriander paste and saute for few seconds. Add the buckweat and curd mixture and allow it to simmer on medium flame .Once done add the raosted baby potatoes and garnish with coriander and green chillies and serve with Rice or Buckwheat flour rotis.

Chaitra Navratri is an auspicious Hindu festival which is solely dedicated to the worship of Goddess Durga. This festival holds lots of importance for many communities. Navratri itself symbolizes victory over evil.People fast and eat only certain kinds of food during these nine days.

Navratri word is derived from ‘Nav’ means nine and ‘Ratri’ means night in Sanskrit, hence ‘Navratri’ means nine nights of celebration, during which nine forms of goddesses are worshiped. Chaitra Navratri falls in the month of Chaitra and so it is termed as ‘Chaitra Navratri’. According to some popular legends, devotees believe that Lord Shiva granted permission to his wife Goddess Durga for seeing her mother for just nine days. During that time, Goddess Durga demolished demon Mahishasura. Hence Goddess Durga aka Kali is represented as a symbol of shakti – the ultimate strength. It is also said that Maa Durga has eternal divine power, which can never be created nor destroyed.

The first three days of Chaitra Navratri devotees worship Goddess Durga and her various forms.Chaitra Navratri symbolizes the beginning of the Hindu New Year which marks the beginning of the spring season. Devotees worship the three main manifestations of Goddess Shakti i.e Durga, Saraswati and Lakshmi to seek their divine blessings. May Goddess Durga shower her powerful blessings on all of us.

As a part of our 35th #Foodiemonday #Bloghop theme of #NavrathriSpecial , I will be sharing one of the recipes that can be enjoyed during this  period. Quick to make and yummy to eat.

Boil Arbi ,remove the skin and mash it in a wide bowl. Ensure there are no lumps. Soak sabudana for 1 hour. Drain excess water if any.Add Sabudana and all the other ingredients and mix well. Add 1 Tsp of oil to the arbi mixture to bind well. Add water only if needed (I have not added water).

Take a skillet, grease it with oil. Take a small ball of this mixture and pat on the skillet. Place the skillet on medium heat and cook the Thalipeeth on both sides.

You can also pat the dough on a greased banana leaf and transfer on to the hot skillet.

Repeat the procedure for the balance dough. 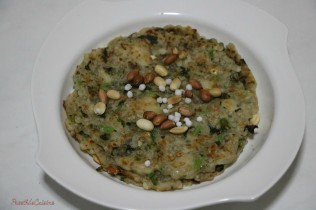 Wish you all a very Happy Chaitra Navratri !!!! 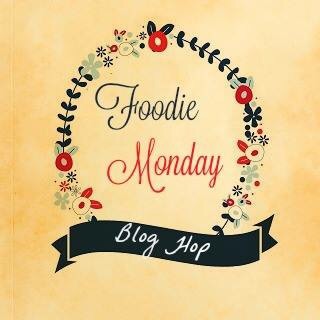